From homestyle food to delicious desserts, Brickerville House is full of rich history and meals that will fill you up!

If you live in or love Lancaster County, you have more than likely dined at one of the restaurants owned and operated by the Agadis family. Originally from New York, brothers George and Tony Agadis have been in the restaurant industry for as long as they can remember.

Growing up, they learned the ins and outs of the restaurant business and the importance of high quality food and customer service while working at their father’s diner in Manhattan. Mike, a Greek immigrant, taught his sons from a very young age that attention to detail, quality ingredients, great customer service and hard work are the backbone of a successful restaurant.

Contraire to what you might think, being the boss’s sons didn’t mean they had it easy- in fact the boys worked harder than other employees to earn the respect of their father and fellow employees. While in their teens, they started by washing dishes, busing tables, cleaning floors, and organizing supplies.

George continued to work in the family business through college and eventually graduated from New York University in 1993 with an economics degree when he decided to put his apron aside and try his hand at the banking industry. After several years of working with Natwest and EAB Banks his passion for the restaurant industry never subsided as he continued waiting tables and bartending on the weekends.

Tony grew up spending a lot of time in the kitchen with his mother, Asimina, who created delicious traditional Greek dishes and desserts. So, it was no surprise when he found himself drawn toward the kitchen at the family restaurant. Tony eventually followed his dreams and graduated from the Culinary Institute of America. Following graduation, he went on to work at some of the top restaurants in New York: Windows of the World, Café des Artiste as well as the Westchester Country Club and Ruth’s Chris Steak House.

At the ages of 25 and 22, George and Tony, along with their father Mike, decided to purchase a failing Pizzeria and Restaurant in the Bronx, New York. Within a year, after long hours, a lot of hard work and a focus on the fundamentals instilled in them by their father, the family had not only turned the failing business into a success, but they had tripled the business and expanded the menu to include delivery and catering.

Despite the success of the pizzeria, eventually the hustle and bustle of the New York lifestyle took a toll on the family and they decided to trade the big city life for a calmer and quieter community, Lancaster County.

In 2000, Tony moved to Lancaster County, Pennsylvania. Soon after, his parents Mike & Asimina followed suit. That same year the family purchased Silver Spring Family Restaurant, the first of many restaurants they would eventually own in the area.

They transformed Silver Spring Family Restaurant by expanding the menu to mimic typical New York style diner menus but with particular attention to local fare. Together, Tony’s expertise in the kitchen, George’s excellent customer service standards, and their parents’ attention to detail proved to be a winning equation for this family restaurant.

With this success, the Agadis family went on to purchase and revamp other restaurants in and around the Lancaster area. Kountry Kitchen Family Restaurant in Manheim, the Soda Jerk in Hummelstown and finally the Brickerville House and surrounding shops now known as Bricker Village. Since then, all other restaurants have been handed over to new owners to allow George & Tony to concentrate exclusively on the Brickerville House in Bricker Village.

The Brickerville House is a historic landmark building dating back to the 1700′s. Early records suggest the historic building and surrounding property have been home to several businesses. Originally, the building was an Inn that eventually included a tavern restaurant which served as a rest stop for stagecoaches traveling between Philadelphia and Harrisburg.

The building’s natural charm is accentuated by the current décor and restoration which features hardwood floors, local antiques, exposed stone walls and a walk in fireplace. A series of uniquely themed dining areas create a sense of warmth and intimacy throughout the restaurant, which has the capacity to seat 225 guests.

While dining at the Brickerville House Restaurant, you will enjoy a vast menu with breakfast served all day, delicious desserts and friendly service.  You will find traditional items such as hogmaw, pork and sauerkraut and oyster pie as well as a variety of sandwiches, salads, burgers and seafood. 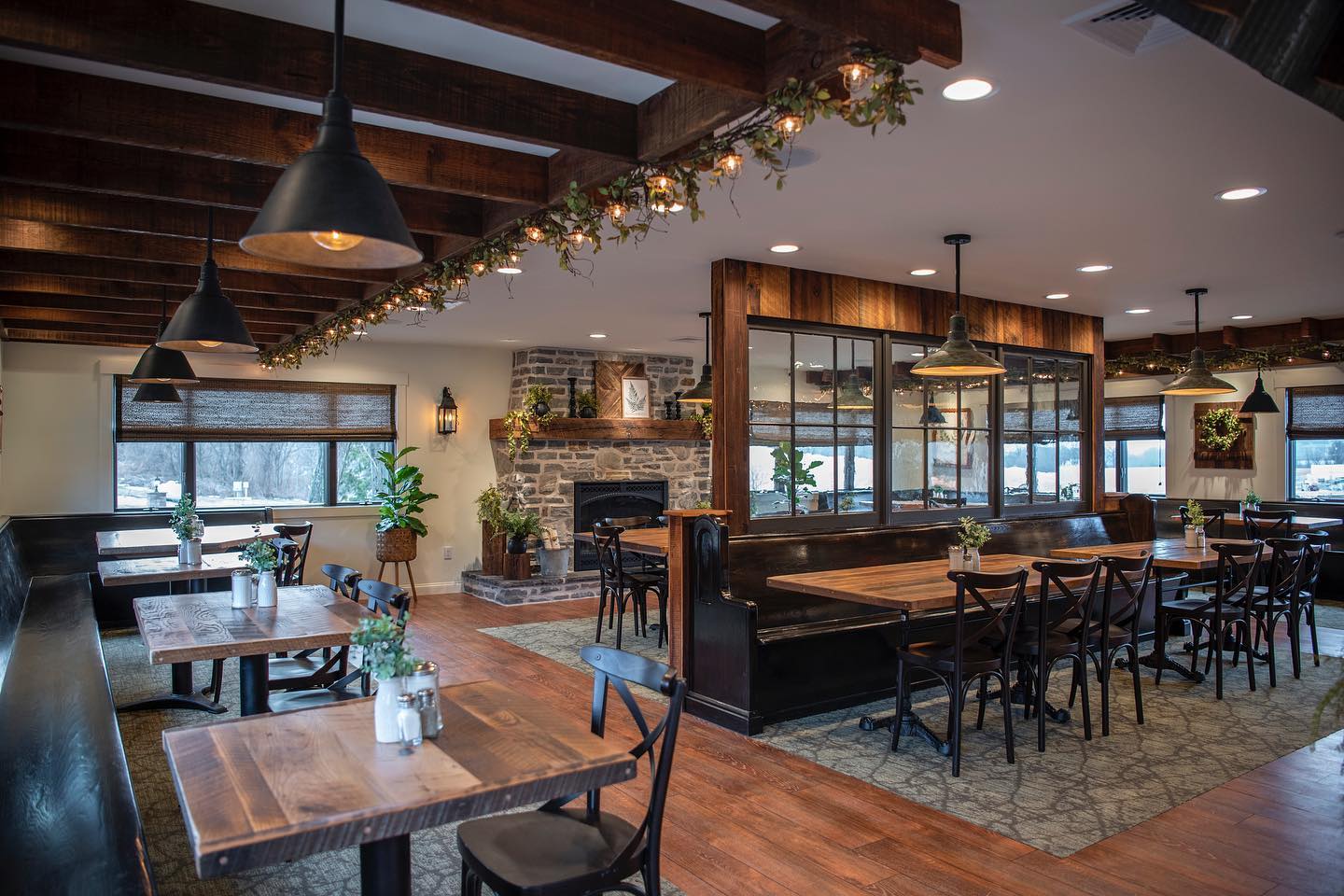 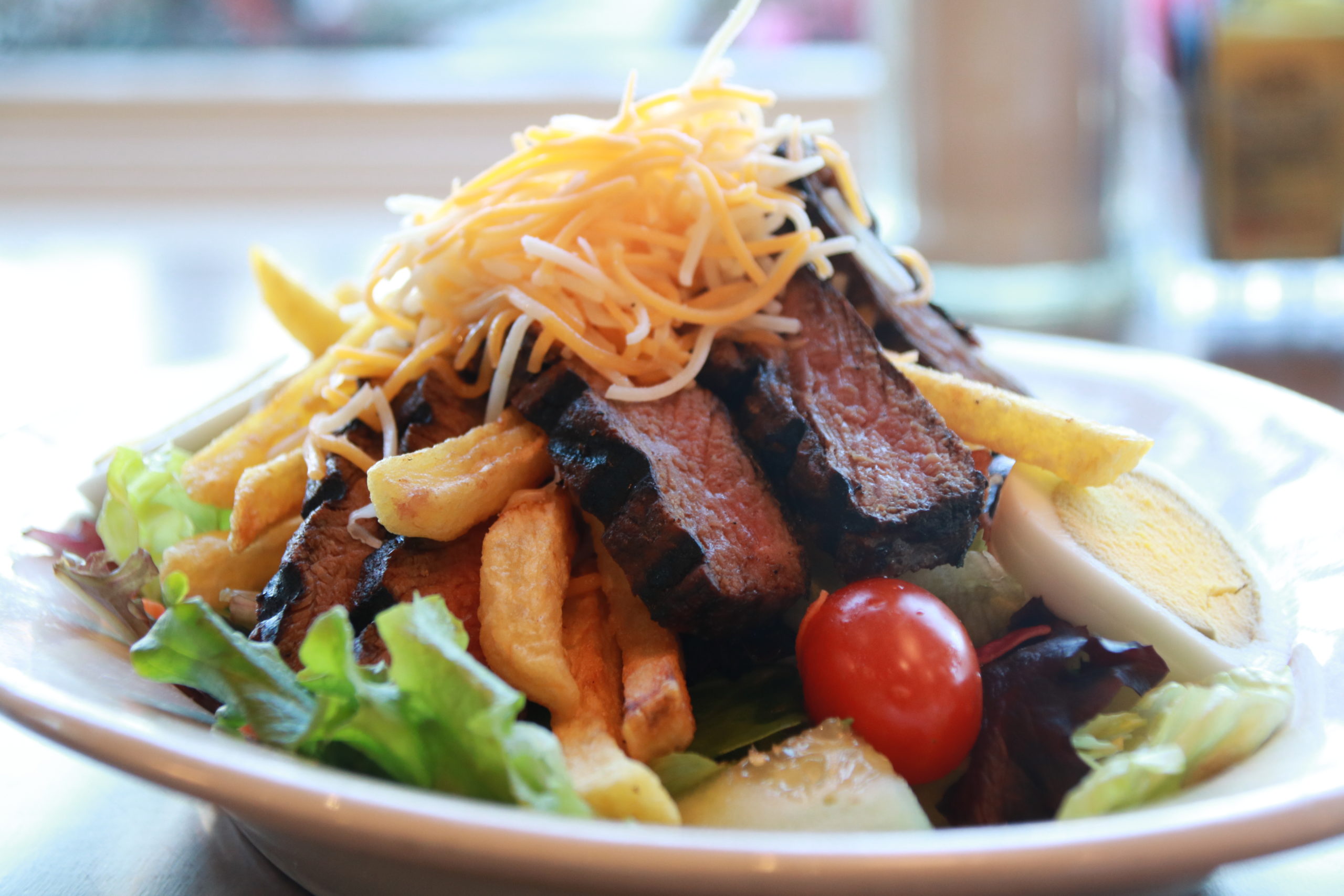